How Much Do Storage Providers Earn?

The Xa-Miner is a highly unique device in the market; it is important for any prospective owner to know what kinds of factors contribute to its lifetime earnings 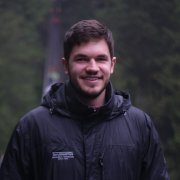 If this is all familiar, you can jump straight to the numbers here

The ScPrime network experienced a rush of growth beginning December 2021 when several influencers outside our community began covering the network and reviewing the Xa-Miner hardware. We are grateful for the coverage, and provided additional rebates after-the-fact as a thank you to some reviewers, but kept to our track record of putting development first and not paying for crypto-marketing type content. Common to many of these early reviews were attempts to predict future earnings for the miner, often leaning on underinformed assumptions. These units represent a fantastic prospect for return, but how it does so breaks the mold from most types of passive income devices. Today we’ll dig in to how and why that is the case.

An Xa-Miner may not be a typical crypto “miner” in that it neither pulls significant amounts of power nor participates directly in the blockchain mining process, but they are relatively passive devices intended to yield coin returns over a long period. How it does this is by offering data storage on the ScPrime network, offered to business customers by Xa Net Services (XNS), an enterprise-grade cloud service replacing AWS, Google Cloud or other similar offerings. These enterprise users pay in traditional monetary units (fiat), with XNS paying out over blockchain-level smart contracts to the numerous individual storage providers like Xa-Miner. 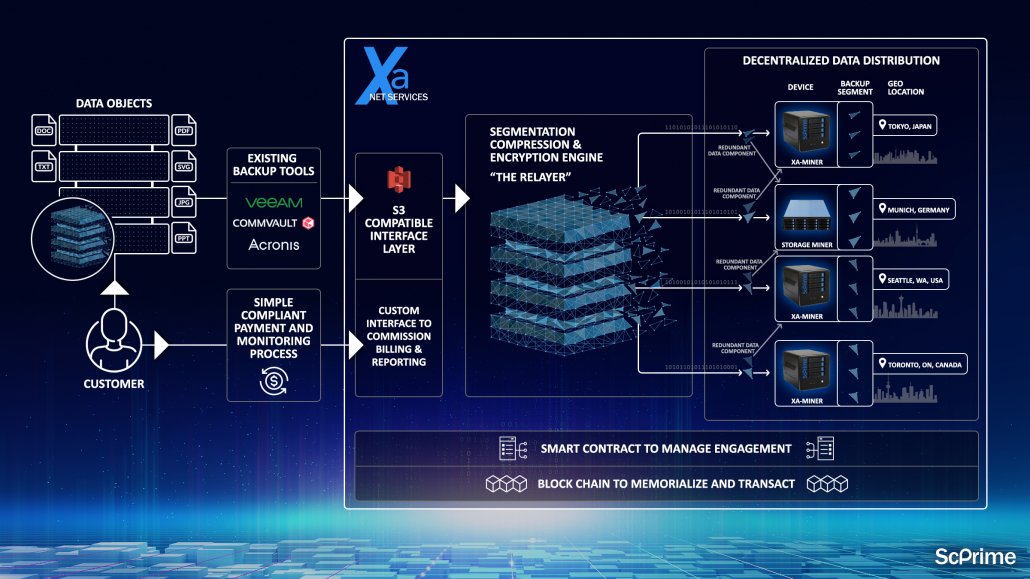 Demand for digital storage has accelerated to incredible heights over recent years, with forecasts expecting the industry to continue higher and faster than ever before. Compared to traditional datacenter, our distributed cloud model differs by storing encrypted and redundant data pieces (achieved through erasure coding) across thousands of individual storage providers. These pieces (or “shards”) can be spread as wide as the whole globe, or as tight as a specific geographic region. Since data is made redundant across many providers, each individual is only tasked to maintain a modest ≥ 95% uptime for the overall set to retain unprecedented levels of availability. This model also forgoes the excessive power, cooling, and water usage that traditional datacenter suffers from as there are no special hardware considerations like compute or high density.

The result is that an Xa-Miner becomes a strong participant in the most performant, secure, and environmentally conscious storage cloud, earning their owner a monthly stipend for utilization. The Xa-Miner is sold today in two configurations that share a platform employing long lasting enterprise-grade HDDs and a low power system with an SSD for OS use. Both models, 16 TB retailing for $1495 and 64 TB for $3495, come with generous rebates. These rebates are returned over the first year of the unit’s life, which you can read the details of here. These serve to cover collateral commitments required to provide storage, and together with incentive payments help to support profitability during the build-out of the network when there is generally little utilization.

The SCP team has created something rare in the crypto space: an actual product with real world use case and market fit. Today’s roughly 70 PB network is a reasonable “proof of concept”, and while large by crypto standards (2nd largest in the space), is still tiny by cloud standards. As the flywheel begins to spin onboarding customers and creating demand, filling up existing capacity and driving the need for further growth, it is our expectation to see the ecosystem scale to thousands of Exabytes over the coming years. This idea is core to our operation, such that we derived the “Xa” in Xa-Miner and Xa Net Services from this exabyte prefix. 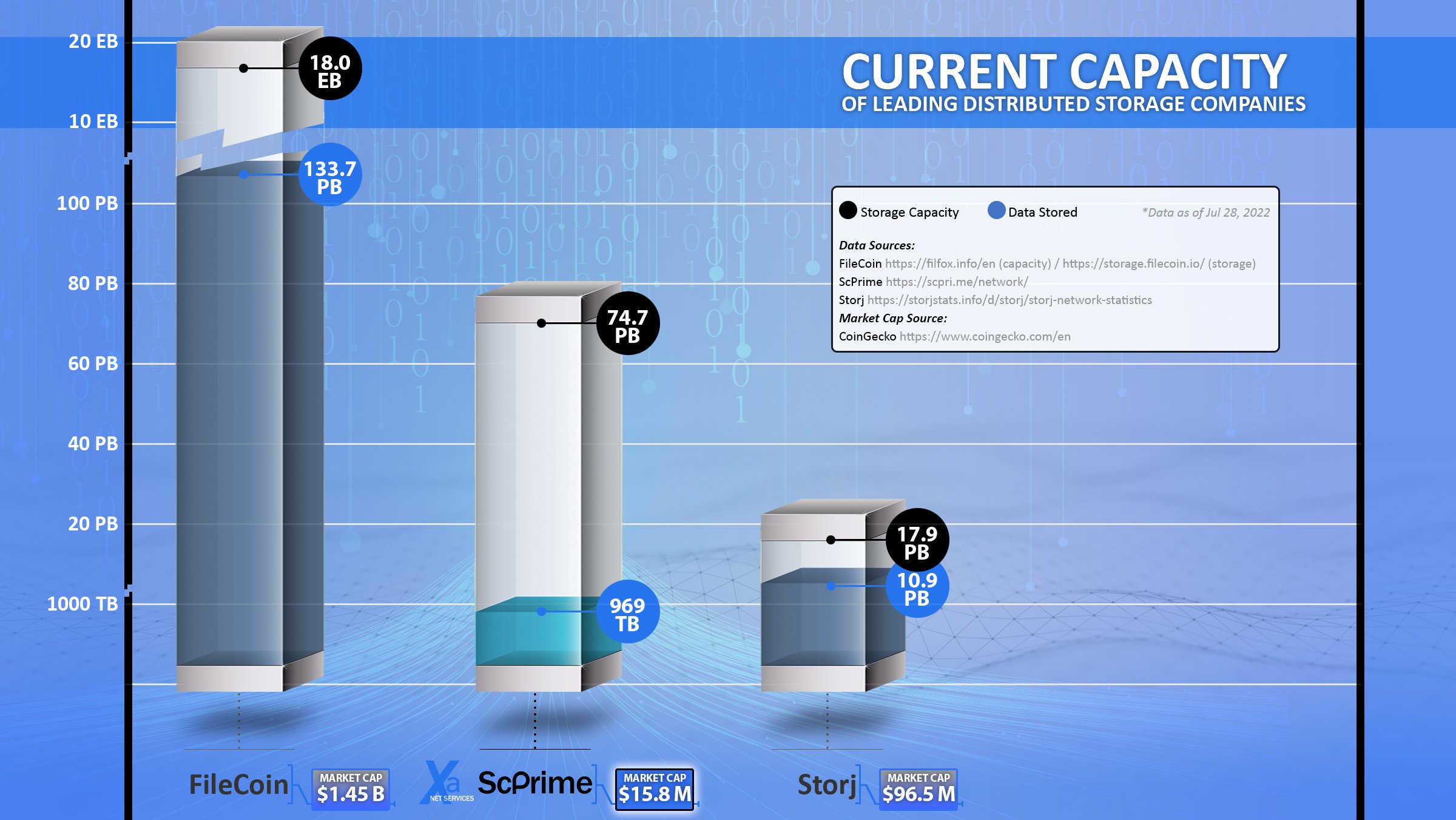 The Xa-Miner yields SCP coins with time (via rebates, monthly incentives, or smart-contract payouts), but you may have noticed that Xa Net Services customers only pay in traditional money. XNS holds this responsibility of facilitating USD -> SCP coin payments, meaning they will drive significant purchasing demand for SCP when at scale to pay for the storage the network is selling. This will enable a tack-on effect to earnings, meaning not only will storage providers be earning SCP, but they will also have an opportunity to gain from appreciation of the SCP asset itself.

It has been our guideline that we expect to pay storage providers about $4/TB per month of use in base rent. Long term marketplace dynamics and new tiers of storage may complicate this, but we feel this is a fair benchmark to set and avoids the common race-to-the-bottom often seen in crypto marketplaces. This also helps point to an important deviation from typical crypto-related passive income earning devices; it is common with various types of miners, be they ASIC/GPU miners or hotspots, to yield their highest returns within the first year and depreciating with time as competition on the network dilutes earnings. As the Xa-Miner is providing real world utility paid for on a monthly basis by customers, this model becomes flipped.

We’ve prepared a sample 5-year profile of earnings demonstrating this below. This profile showcases a 64 TB Xa-Miner reaching 1 TB use after 12 months, ~5 TB after 2 years, and gradually ramping to reach near-full utilization at the end of the period. Working with a combined rent + incentives figure of $6/TB/mo (paid in terms of SCP), this profile shows that at the end of the period, this unit would have yielded just shy of $6000 in monthly payments. 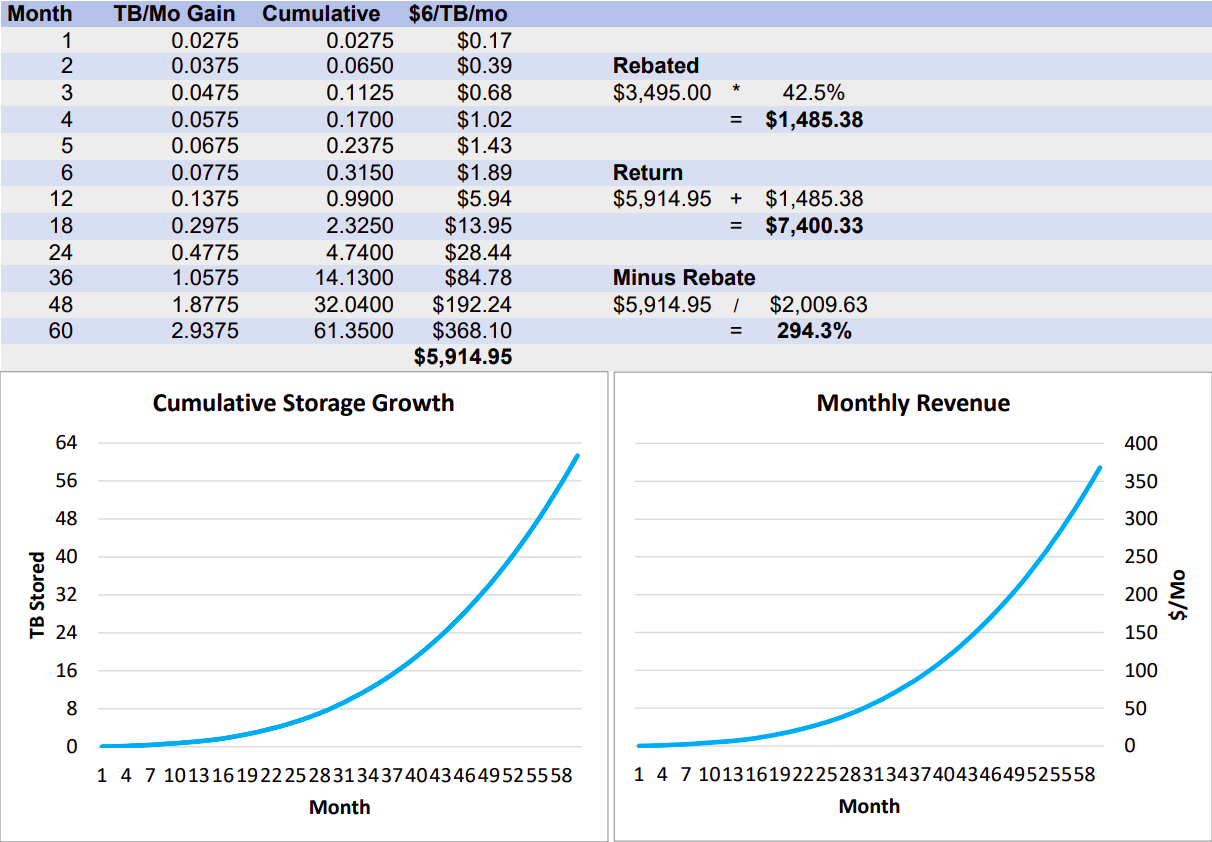 This was just one profile, and one that may be conservative in the figures used. Many storage providers have already reached 1 TB well inside the 12-month mark used in this profile. Xa-Miners (and their full-license compatriots) are also working toward data-compliance certifications enabling them to store more premium tiers of data, so its also plausible that $6/TB/mo comes out low. Also recall that though we’ve stated a $4/TB/mo rent baseline, today’s generous incentives put the combined rent + incentives figure as to just under $20/TB/mo during the build-out phase, but they will not be this high forever. The ability to maximize a given Rent + Incentives figure is directly tied to the performance of a storage provider, with today’s primary factor of ≥95% uptime being an important key metric. Future categories will also open up, further reflecting that good performance on the job is important to maximize earnings.

This profile gives us a respectable $5914.95 ($7400 including rebates). Since the rebate is essentially locked in, we can look at the remaining at-stake $2009 against the yielded $5915 representing a ~3x return. A typical payback period for a crypto miner is 1-2 years, and a lifetime return of ~2.5x. The Xa-Miner flips the typical model in that the return is backloaded, yielding highest when it has the most data later in its life. This later period is quite lucrative, and we expect most Xa-Miner owners to run their hardware as long as possible, likely beyond the 5 years of this profile; it is for this reason Xa-Miners employ long lasting enterprise-grade disks over consumer grade.

Its important to remember the monthly payments are in terms of SCP, which itself can experience the aforementioned tack-on effect. Should the network reach scale such that a 64 TB unit is almost completely utilized, that would suggest the flywheel is spinning fast and growth and adoption are coming strong. It is ingrained in our model that real-world revenues are incoming to pay for network use, providing organic and sustainable demand for SCP. The network would also be at scale such that there would be demand for new providers also needing to buy SCP and lock it away in collateral to participate, organically tying up some supply.

The project does not encourage purchase based on coin price speculation. Coin price can go up and down depending on factors unrelated to the project and the individual must make judgements on how coin price will affect their investment. Profiling any coin appreciation is speculative and challenging, so in this sample it could be placed that at the end of the 5-year period the value of each SCP is $4 USD, only just beyond territory it has been before. Factoring this, the pot grows to $11,000+ for just the monthly earnings (rebates would add a considerable kick as well, since they’re paid in the first year when the coin price is much lower and thus enjoys great appreciation toward $4).

Energy prices are on the rise, what does a provider cost in power?

To approach such a figure, there are primarily two variables: price of energy (typically in $/kW⋅h) and energy consumption (typically watts). Across all states, the average energy price was $0.1595 per kW⋅h as of August 2022. Storage providing is not a demanding task for most hardware, and a typical storage provider consumes little power above idling. Xa-Miners measure 40-45 W consumption which comes out to a neat ~1 kW⋅h per day. The daily cost then is about the unit price of energy, or in this case 16 cents/day average in the United States, ~$4.80/month, or $290 over the 5 year profile [simple calculator]. Other regions may have more (or less) expensive energy, but even in cases such as the UK whose energy price has soared it is still (at most) a reasonable ~£10/mo. Energy consumption is far below traditional blockchain miners and should be well within reason for the vast majority of individuals.

If early purchasers are now seemingly earning more than later participants, how can Storage Providers be confident this is not some kind of Ponzi scheme?

Network payouts never arrive unless and until real data storage is sold to real customers. There are no guarantees anyone will earn money on this project/network, but most are participating because public cloud storage is one of the few directions with a clear and unmistakable trajectory. Coin price appreciation is driven by many factors; relative emission scarcity, exchange availability, overall financial markets direction and more.

But the key driver Xa-Miner owners pay attention to is how much storage exists on their units today and how much they believe will be there tomorrow, and it follows logically that coin price appreciation likely reacts most to this metric. This makes the job of providing storage one of pure utility with clearly defined earnings. Should the above provide bonus ROI on top due to market inefficiencies, miners will enjoy it.

The takeaway today is not simply the modeled earnings; they were used to highlight the process and the factors which contribute most to overall earnings. What’s crucial to come away with is that these units represent a strong opportunity to be part of a growing and highly valued market, with factors contributing the lion’s share toward the end creating a backloaded return that bucks the industry norm. Even with only incremental storage gain and possible coin price appreciation over the course of 5 years, those who begin today and allow their units to keep their earnings will build momentum that can pay multiples down the road.

What are ScPrimefunds?
Scroll to top